About 500 TCU members working at Amtrak’s call center in Riverside are shaken in the wake of the company’s decision to close the facility.

In a recent union meeting a large group of workers expressed concern and uncertainty over the hard choices they are forced to make because of the closing of the call center, some have worked there for more that 20 years.

Amtrak currently has two call centers, in Riverside and in Philadelphia. Riverside workers are being offered a chance to move to Philadelphia and work at the rail service’s single call center.

Workers are angry because Amtrak is using temporary workers at a non-union call center in Florida who handle heavy traffic days for reservation calls.

“The idea that 500 employees can transition to the East Coast is disingenuous and deceitful,” Takano said. “This is an effort to reduce union employees so they can contract out to part-timers who make less.” 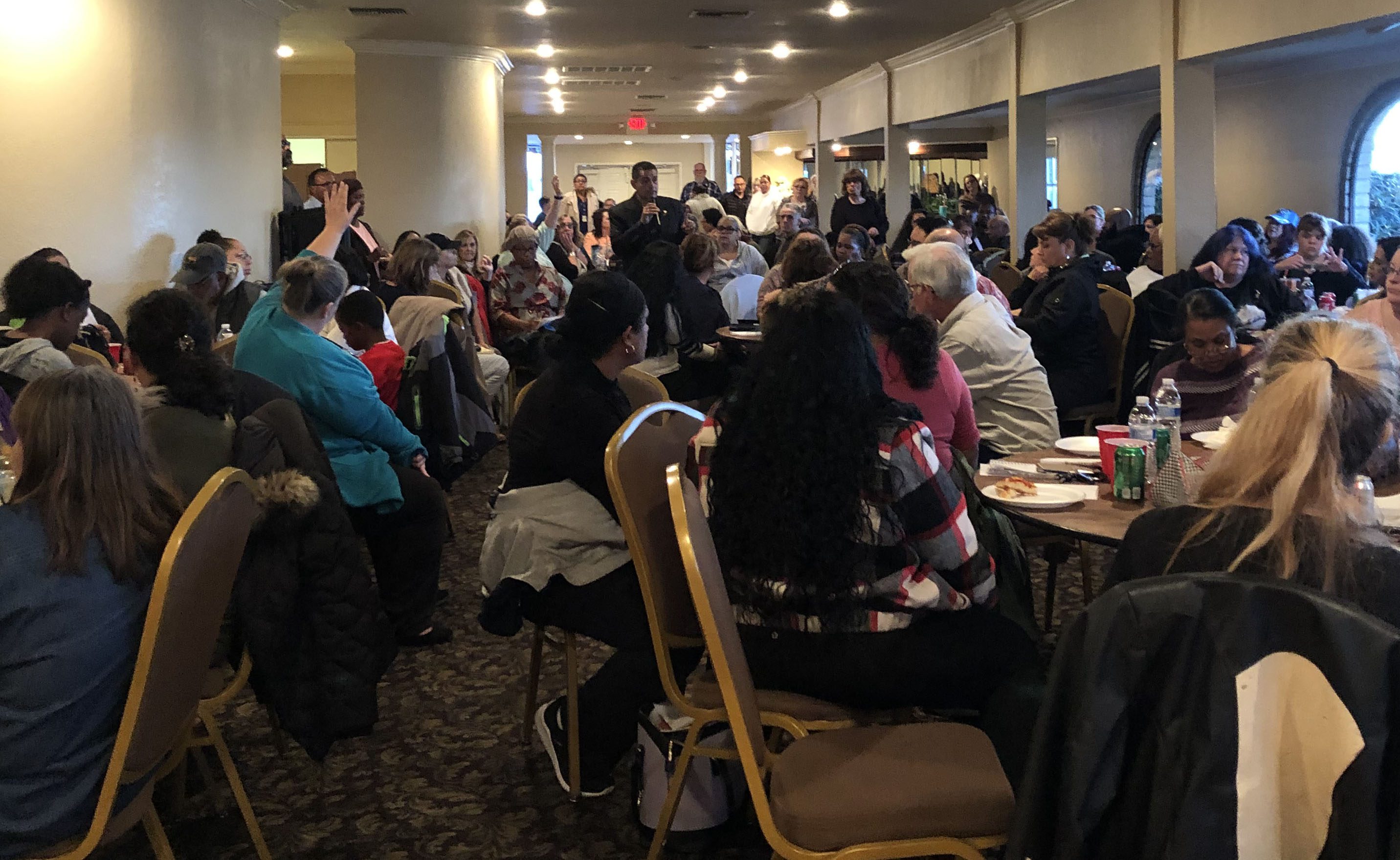 Workers were upset about the prospect of uprooting their families and moving across the country. The call center’s last day is about seven weeks away, but no relocation expense allocations have been discussed.

Sal Rodriguez, TCU Assistant National Representative said, “These people have lives, they own homes, their kids are in school and they are taking care of family members. They need these jobs and an announcement like this at this time of year is very difficult for our members to understand how Amtrak can even do this.

Rodriguez added that Amtrak told union leaders about a non-union overflow shop in Port St. Lucie, Fla., back in May.

“We specifically asked if they plan to close the call centers. They said ‘absolutely not’ ” Rodriguez said. “We feel we were lied to, and we’re looking for political support to slow this down or stop it altogether.”

“The state could tell Amtrak that we don’t want you to run our trains anymore,” said TCU Vice President Jack Dinsdale. “If they take 500 of our jobs away and give them to scabs operating in a right-to-work state, why keep doing business with you?”

Dinsdale added that the 250 jobs Amtrak created in Port St. Lucie is the central issue because the company knows 500 people will not relocate to Philadelphia. “It’s union-busting,” he said.