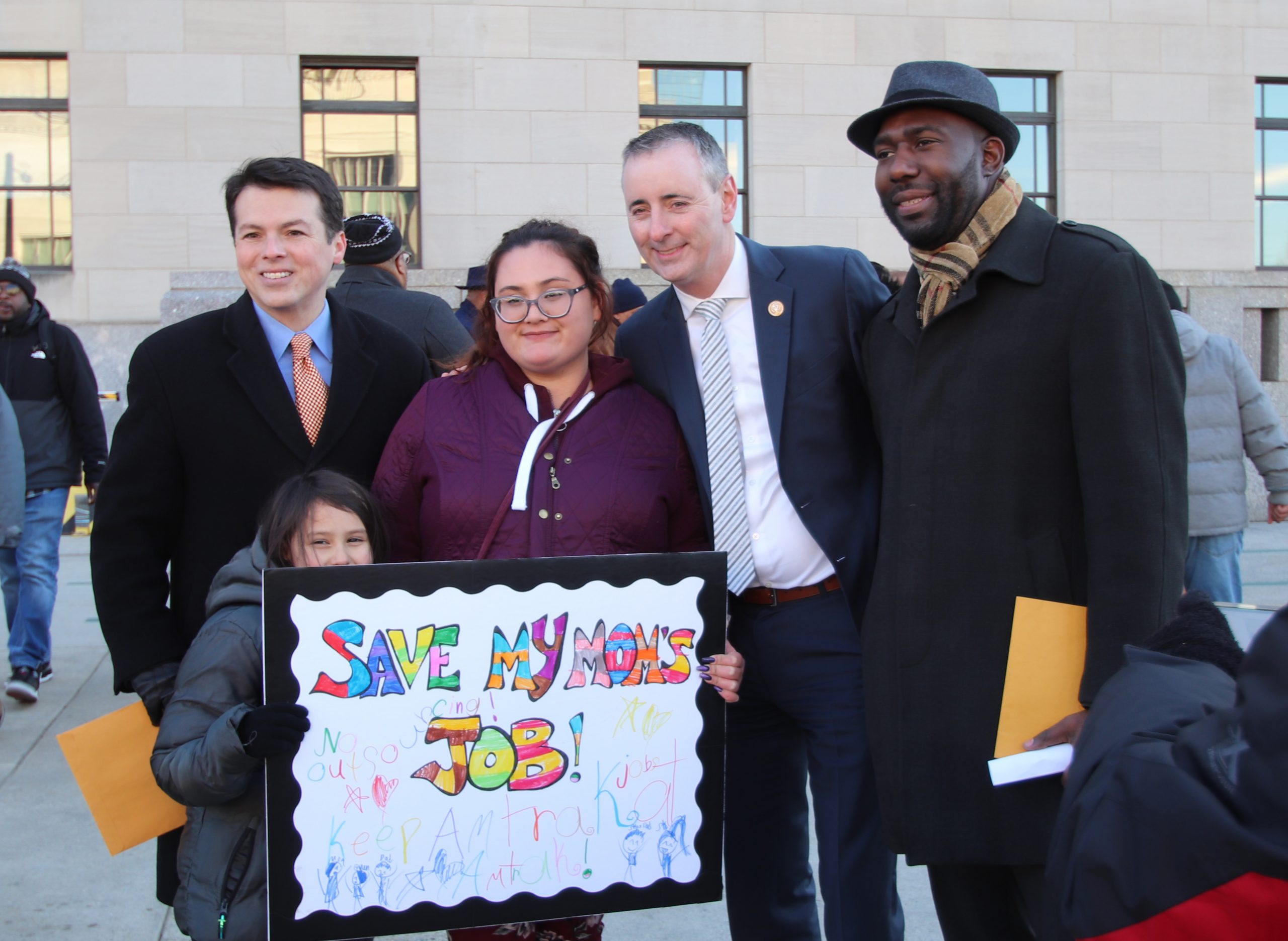 TCU Members came out to fight for their jobs.

Amtrak has been steadily shifting services and displacing jobs under the leadership of Richard Anderson. One of the common criticisms from the elected officials is Amtrak’s contracting with third-party, non-union, low-wage outsourcers in Florida and Ohio.

TCU Vice President and National Legislative Director Bill DeCarlo led the rally and said, “Our members are under attack from Amtrak and its CEO Richard Anderson…We believe it is Anderson’s goal to destroy Amtrak’s national network by degrading the experience to the point where ridership drops. This way he can justify to Congress that they can get rid if these routes.” 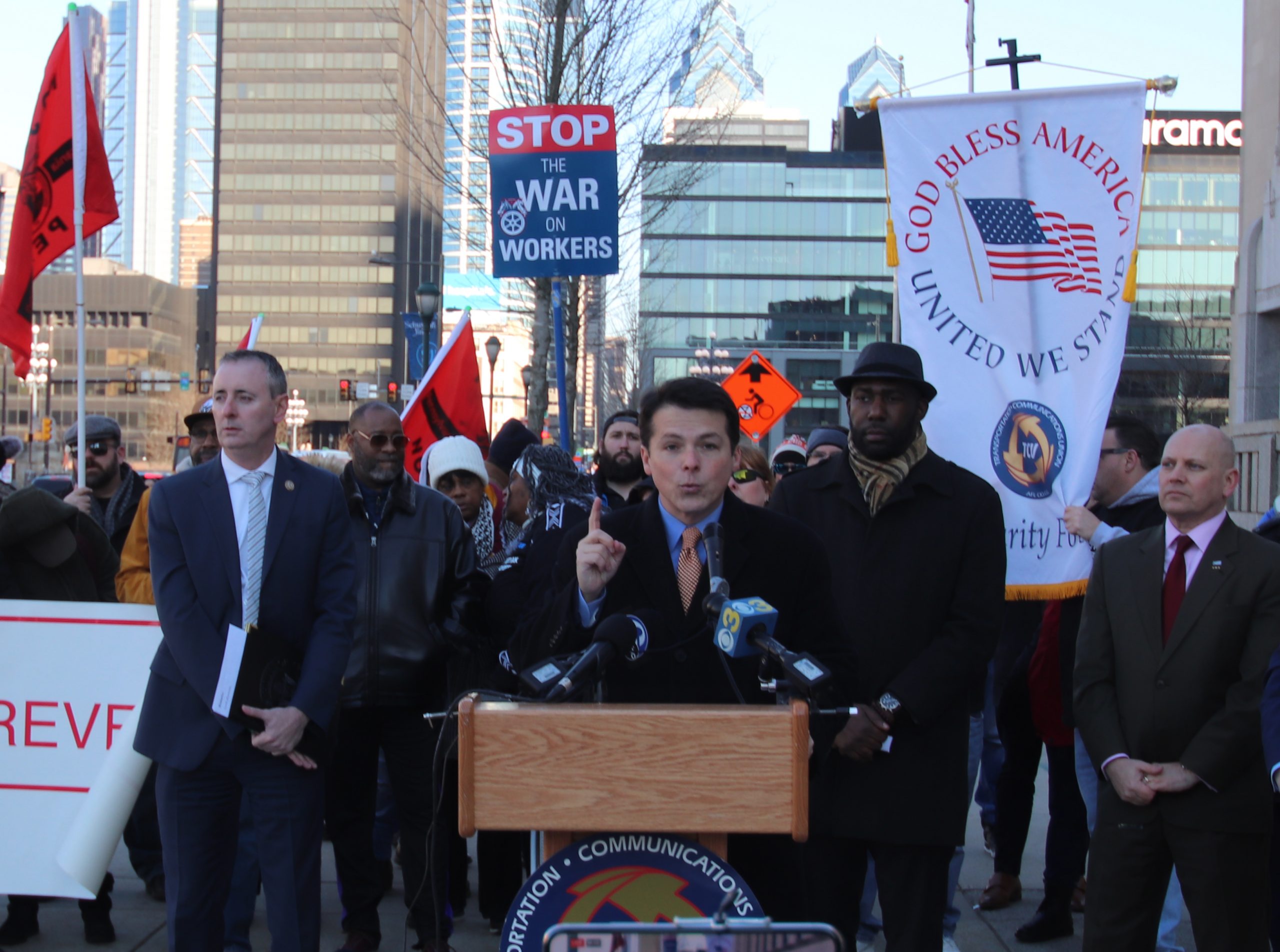 Rep. Boyle stated his support for the Philadelphia call center, which is in his district: “When I was at the call center about a year ago…it employed over 500 people, today that number is less than 400 and dropping…What Amtrak’s leadership has done is remarkably cynical, rather than take the PR hit by closing its biggest call center, like they did in Riverside CA., you see a drip, drip, drip of jobs being bled away to non-union call centers in Ohio and Florida. That is wrong! So we are here to stand up and say no to outsourcing and save local jobs.”

“These call center employees deserve to be treated with respect, and I am appalled at the closing of the Riverside call center,” said Rep. Fitzpatrick. “Many of you have moved here, and I want to thank all of you for the work you do…I know customers call many times until they get connected with this call center, because they know they are the best workers in the country.”

Jim Matthews voiced his support on behalf of the Rail Passengers Association: “We represent over 40 million members that take trains all over this country every year…our members tell us that they rely on the call centers, that this is a great group of people and they notice a difference when they don’t talk to these folks…the Philadelphia call center provides a tremendous service to my members and the rest of the traveling public, and we want to make sure it continues to do so!” 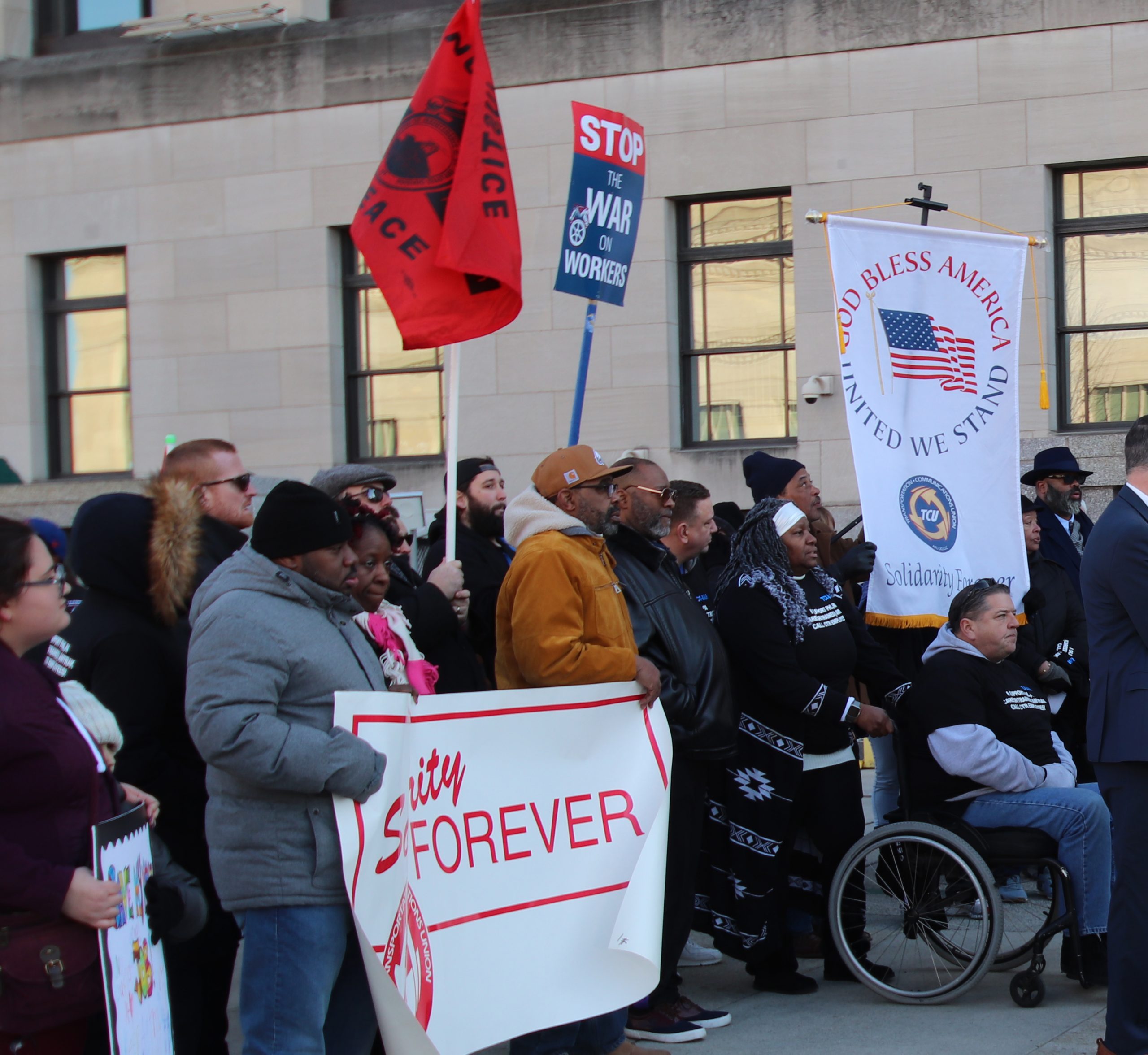 Click HERE to view the video of the rally.