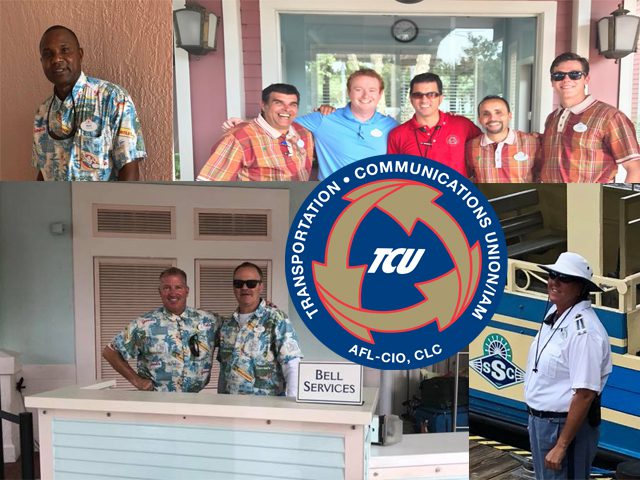 After nine months of bargaining the Union has reached a tentative agreement with Walt Disney World. TCU/IAM represents over 3000 members in a variety of job classifications at Disney World. We are also part of a joint coalition, Service Trades Council Union (STCU), with five other unions representing over 38,000 workers. All six unions unanimously endorsed this agreement.

The Company’s original proposal sought major work rule concessions to our agreement but thanks to the hard work and determination of our bargaining committee and stewards we were able to secure these great wage increases with no major work rule concessions. In addition to the hourly wage increases this agreement also secures new work opportunities for TCU/IAM tipped members

“These wages will drastically improve the lives of all the hard working men and women in the STCU. This has been a lengthy bargaining process but our members resolve and patience paid off,” said TCU/IAM National Vice President Matt Hollis. “We now have a tentative agreement which our members will be proud of and I am confident they will overwhelmingly ratify this agreement.”

“I want to thank National Field Representatives Staci Bowermeister-Shkoler, Will (Elvis) White and Ben Ramirez as well as our stewards who worked diligently to reach this agreement everyone did a great job. Also, a huge thank you to our members for their patience and support during this process. They are who this agreement is for and every single one of them will benefit.”