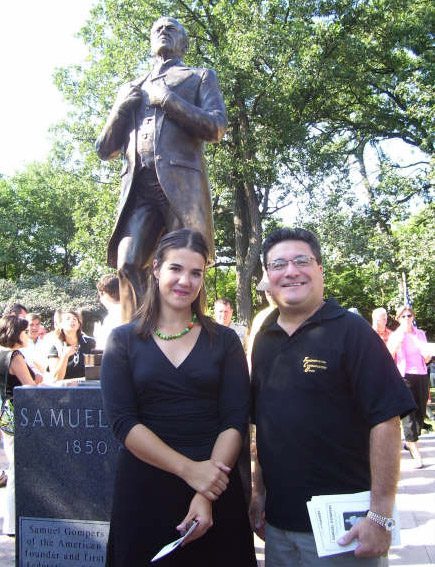 “Agitate, educate, organize!”  What better day to dedicate a statue of Samuel Gompers, the union leader whose words those are, than Labor Day? International Representative Sam Siriano was on hand in Chicago’s Gompers Park on September 3, 2007 to represent TCU and its Allied Services Division at the ceremony.  The ASD was one of the sponsors of the statue.  Here he is seen with sculptor Susan Clinard. Samuel Gompers, a cigar maker by trade, was founder and first president of the American Federation of Labor for almost 40 years,  between 1886 and 1924.