November 5, 2008—Union voters played a key role in the historic victory last night of President-elect Barack Obama and Vice President-elect Joe Biden.   “TCU members joined millions of others who last night voted for change,” observes International President Bob Scardelletti. “To paraphrase Barack Obama, our votes won for democracy, liberty, opportunity and hope.  After eight years of callous anti-worker policies under George W. Bush, TCU members understood that in this election their jobs, livelihoods and futures were at stake.  Now begins the hard work of reversing the damage of these past years and bringing the positive changes this nation needs—hard work that there can be no doubt Obama and Biden are ready to dig into.”

The victory in the presidential race and the expansion of the majorities in the House and Senate amount to a working families’ mandate for broad-based economic reform.   Says AFL-CIO President John Sweeney, “Led by a candidate with an uncommon ability to inspire hope, we reclaimed our country from those who are serving corporate interests and the privileged at the expense of everyone else.  We have taken the first crucial steps to build a better future for our children and grandchildren.  And what we’ve seen—the stunning voter participation and the common call for change—is an indication of the history we can continue to make together.”

High turnout among working-class union voters in states like Ohio, Pennsylvania and Michigan formed a foundation of support for Obama.  Find out more facts about the union vote and see key findings of the election night survey conducted for the AFL-CIO by Peter D. Hart Research Associaties.

November 4: Today Is the Day to Make History 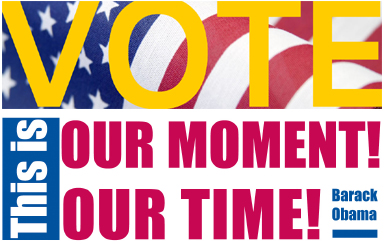 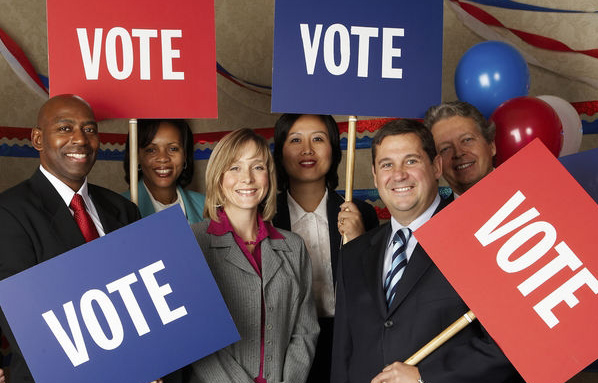 “Hope is what led a band of colonists to rise up against an empire; what led the greatest of generations to free a continent and heal a nation; what led young women and young men to sit at lunch counters and brave fire hoses and march through Selma and Montgomery for freedom’s cause.  Hope is what led me here today—with a father from Kenya, a mother from Kansas, and a story that could only happen in the United States of America.  Hope is the bedrock of this nation; the belief that our destiny will not be written for us, but by us; by all those men and women who are not content to settle for the world as it is; who have courage to remake the world as it should be.”
—Barack Obama, January 3, 2008 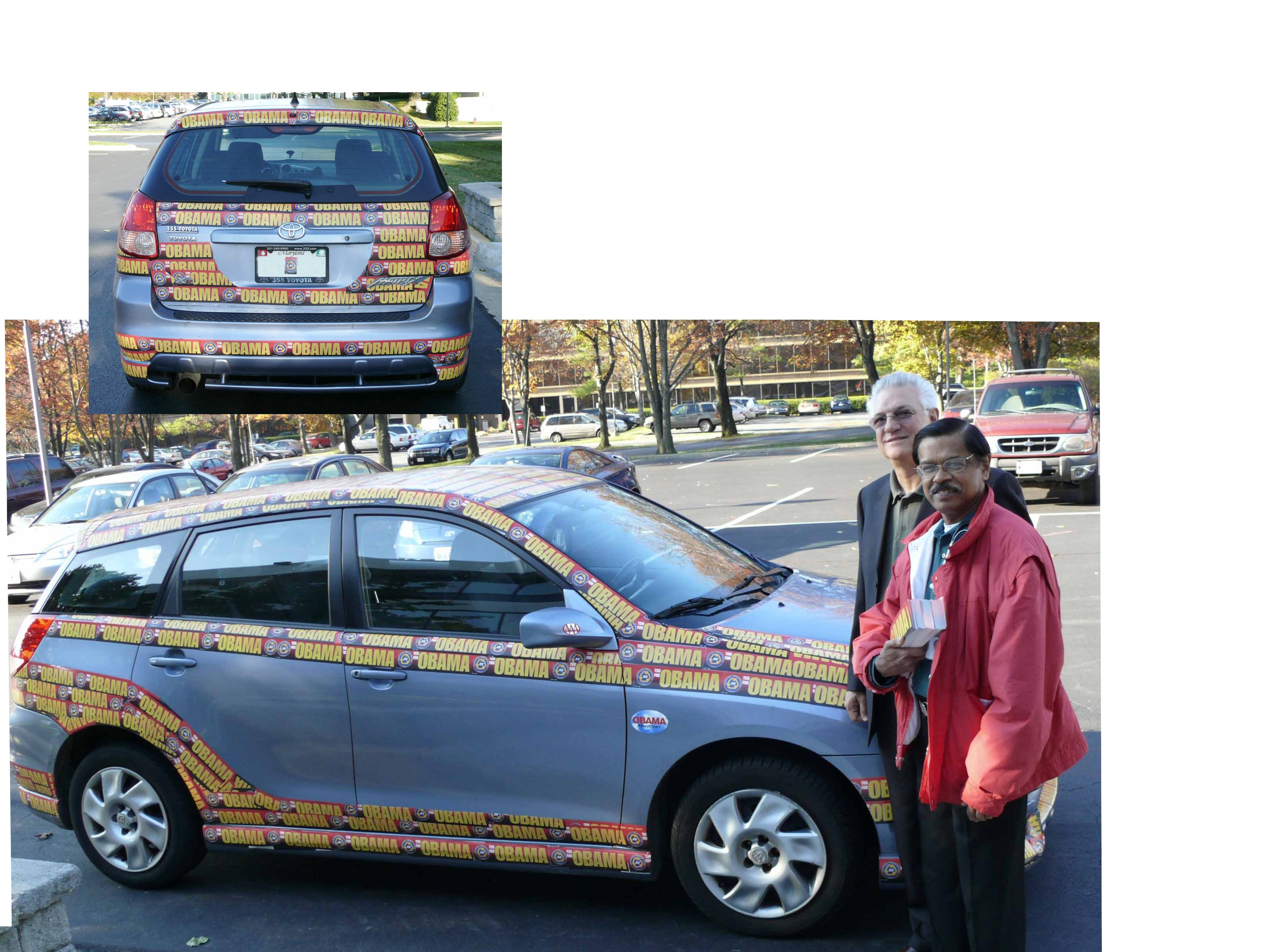 October 31, November 1 and 2
Even now, just days away from this historic election, one poll reports that 1 in 7 voters still have not decided for whom to vote.  Now is the time to get out there, call your friends and co-workers, talk to your family members, talk to your neighbors.  (That’s what happened here in Rockville, MD, where Dr. Y.Chellappa, a physician near TCU headquarters, liked TCU/Obama bumper stickers so much, he used them in a way that cannot be missed.  Here he is seen receiving compliments for getting the word out from President Scardelletti.) As for the undecideds in your life, tell them this: Barack Obama has shown his commitment to rebuild America’s middle class and specifically he has pledged to stand by TCU members; he is the person this nation needs during these desperate economic times and into the future.  John McCain, on the other hand, clearly brings with him only the same failed policies that the Bush administration has pushed for the past eight years; McCain represents the very policies that led to the predicament we are in now. (For rail workers, it will come down to a matter of jobs, as this editorial makes clear — click here.)  There’s more:

Consider Where the candidates stand—
On Amtrak
On Transportation Issues
On Taxes
On the Economic Crisis
On Health Care
On Veterans
On Jobs
On Retirement
Are We Better Off Than We Were 8 Years Ago? 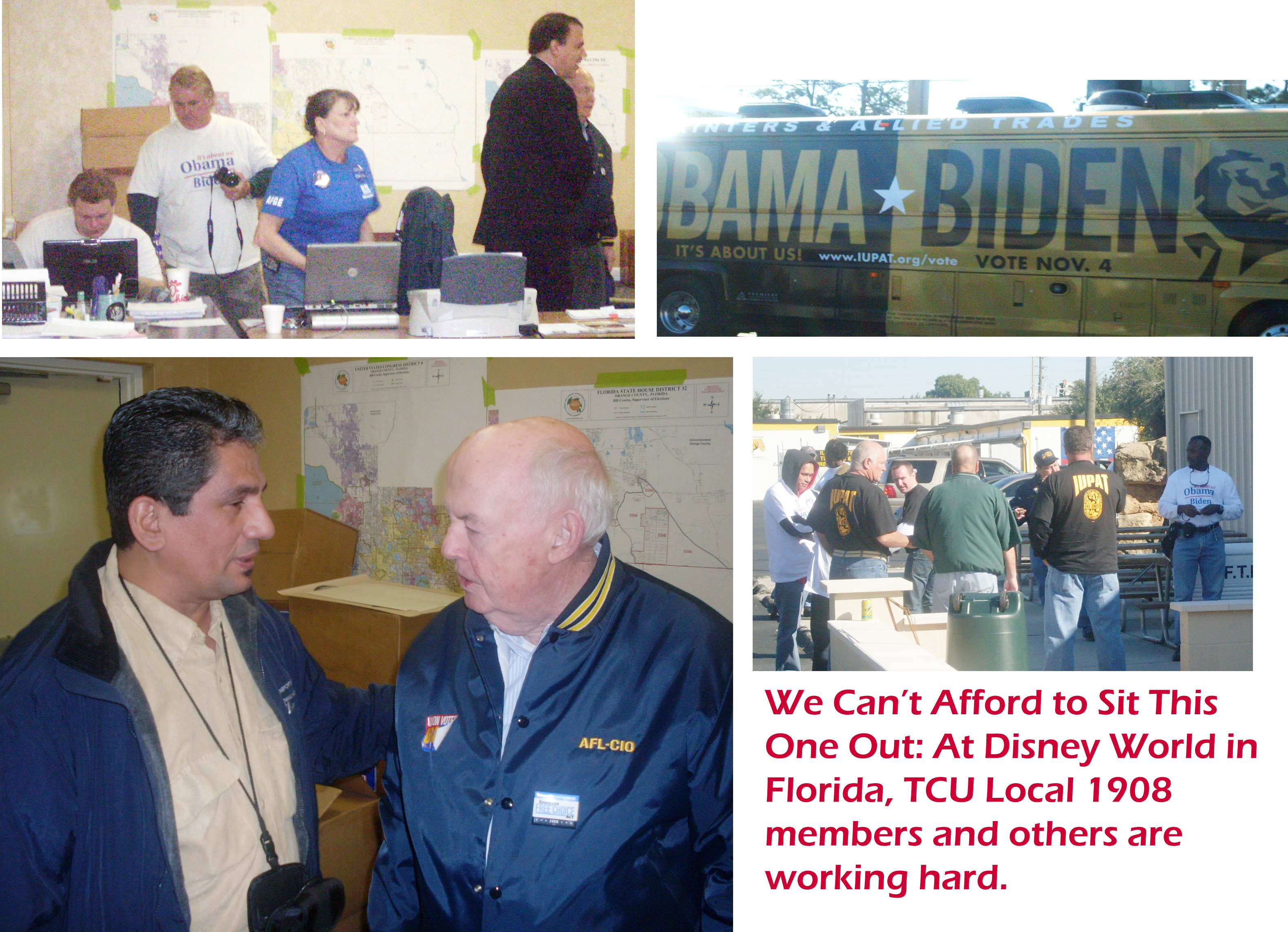 On November 4, millions of citizens will cast one of the most important votes of their lives. From the top of the national ballot with Barack Obama and Joe Biden to Senate, House and state legislative races, there is a lot at stake this year for TCU members and our families. We need to make sure everyone knows how important this election is—and joins us at the polls.  Now is the time. We can’t afford to sit this one out. Download this flyer  to share with family and friends.

In Florida, members of Local 1908 have been very involved in getting the word out.  The AFL-CIO’s massive get-out-the-vote drive brought federation President John Sweeney to Orlando, where there are some 2600 TCU members working at Disney World, on Wednesday, October 29.  Sweeney (seen in the photo above on the right) reviewed the campaign with union officers including TCU International Field Rep Ben Ramirez (at left). The trip coincided with that evening’s rally in Orlando with Barack Obama and former president Bill Clinton, reports IFR Gary Lamboy. As for Local 1908 involvement in the get-out-the-vote campaign, TCU members have handed out leaflets and distributed TCU bumperstickers, sent out daily email updates, put out signs, and volunteered to make calls at a large phone bank being run at the IUPAT hall in south Orlando. “Matt Zettler, one of our bellmen from the Polynesian, is walking his Winter Park neighborhood and is very active,” says Lamboy.  “Most of our stewards are involved in just getting the Disney vote out.  Many are reporting that members are letting them know tht they have already voted early.”

Others have been writing letters to share their concerns within their communities.  Consider the issue of patriotism and the candidates, as did Lodge 867 Financial Secretary-Treasurer Mike Hobbs of Galesburg, Illinois, in his recent letter to the editor of the newspaper there: “Barack Obama has every reason to be a patriot.  This country gave him the opportunity to achieve the ‘American Dream.’ An ‘elitist’?  Hardly.  For the most part he was raised by a single parent and grandparents.  With diligence and student loans, which he repaid a few years ago, he was able to attend Columbia and Harvard Law School where he excelled.  Editor of the Harvard Law Review?  Not bad for a guy who who started out in life with far fewer advantages than his opponent in this election.  Maybe that’s why you continually hear him talk about the need for every young American to have the opportunity to attend college.  The ‘American Dream’?  He earned it.  He will fight to protect and preserve our great experiment in liberty and will promote every citizen’s opportunity to realize the ‘American Dream.’  Read the full letter —and print it out to share with others.

6 Days to go.  GET READY TO VOTE!  We continue comparing the candidates’ positions on the issues.  First up, check out the comparison of the candidates’ positions on travel, rail and air, in Bill McGee’s column in USA Today.  Second, as TCU members we have negotiated health benefits, but many of us have watched as our parents, brothers and sisters, sons, daughters and friends try to make their way in a system which often means they must do without the health care they require.  Where do Barack Obama and John McCain stand on the vital national issue of HEALTH CARE? 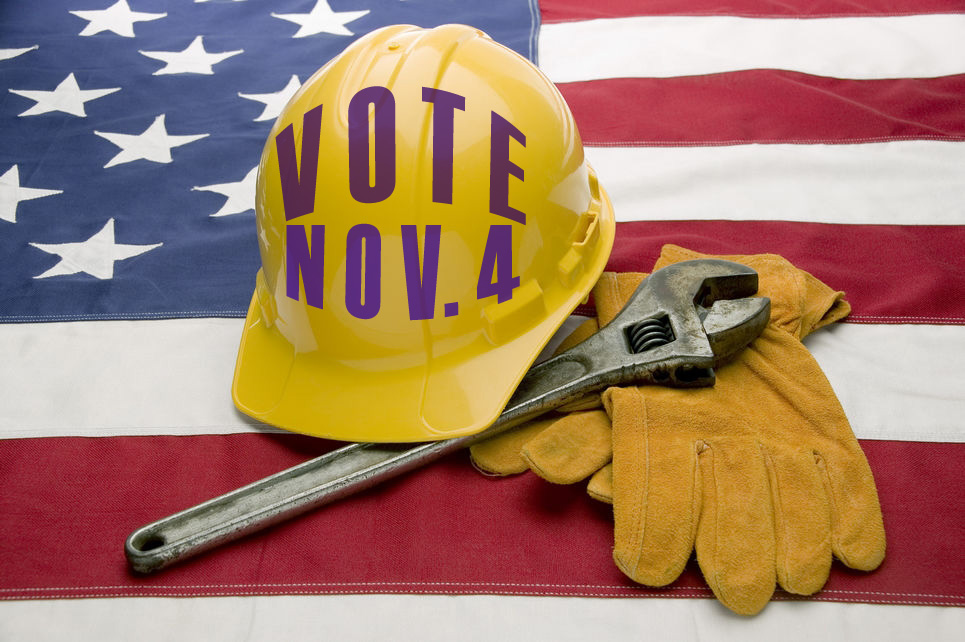 Barack Obama has a plan to expand coverage, lower costs and improve care.    His plan will provide comprehensive benefits to all who need coverage.  Modeled on the Federal Employees Health Benefits Program, the plan members of Congress have, Obama’s plan will include essential medical services, maternity and mental heatlh care, focusing on prevention through increased accessibility.  Eligibility will be guaranteed: no American will be turned away from any insurance plan because of illness or pre-existing conditions.  In the Senate, Obama voted to reauthorize the State Children’s Health Insurance Program.

John McCain’s health insurance proposal will increase costs and reduce benefits.   His plan leaves Americans at the mercy of the same big insurance companies which will be free to weed out people with health care needs, charge excessive premiums and limit benefits.  Nothing new there. McCain’s plan will make health care premiums part of taxable income, essentially creating a new tax for working families.  His modest tax credit would cover less than half the average health premium. 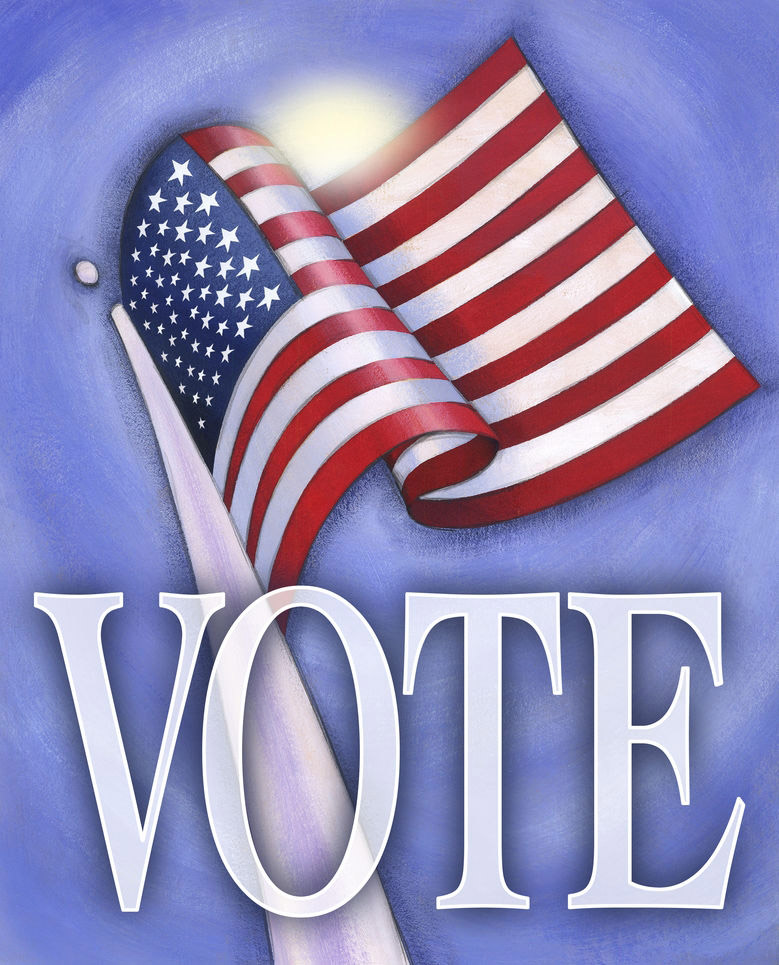 7 days to go!  Since George W. Bush was re-elected in 2004, the economy has gone into freefall.   The job loss figures for 2008 so far are staggering.  What will the next U.S. President do to help working Americans?  How the candidates have actually voted shines light on how they are likely to govern.

Barack Obama —has voted with labor 98% of the time.   “It’s time you had a President who honors organized labor—who’s walked on picket lines; who doesn’t choke on the word ‘union’; who lets our unions do what they do best and organize our workers; and who will finally make the Employee Free Choice Act the law of the land,” Obama declared in a September 2008 speech .  “That is the choice in this election.  We can choose to remain on the path that has abandoned workers and gotten our economy in so much trouble, or we can reclaim the idea that in America, opportunity is open to anyone who’s willing to work for it.”

John McCain—promises to bring change, but he’s voted with Bush more than 90% of the time.  McCain has voted to eliminate overtime pay for 8 million American workers; he voted to allow companies to cut and eliminate pensions for their long-term employees; he voted to weaken OSHA workplace regulations designed to prevent injuries on the job; and last year he voted against the Employee Free Choice Act.  On January 31, 2008, McCain crossed a Writers Guild of America strike line to appear on the Tonight Show.  McCain = McBush, a nightmare for the hard working men and women of the American middle class.  And others from his own party are seeing the light, too: Colin Powell is not the only Republican of note to cross party lines.

Barack Obama, 2008: “Strengthening our transportation infrastructure will be a top priority of my administration….I am proud to stand with and for you and your members.” Obama voted FOR funding of Amtrak and vital new rail safety legislation.

John McCain, 2007: “We must streamline our workforce and not let good workers be crippled by the fine print of the latest union contract.” McCain voted AGAINST funding of Amtrak and vital new rail safety legislation.

This portion of this website is paid for by the Machinists Non-Partisan Polical League (http://www.goiam.org) and is not authorized by any candidate or candidate’s committee.