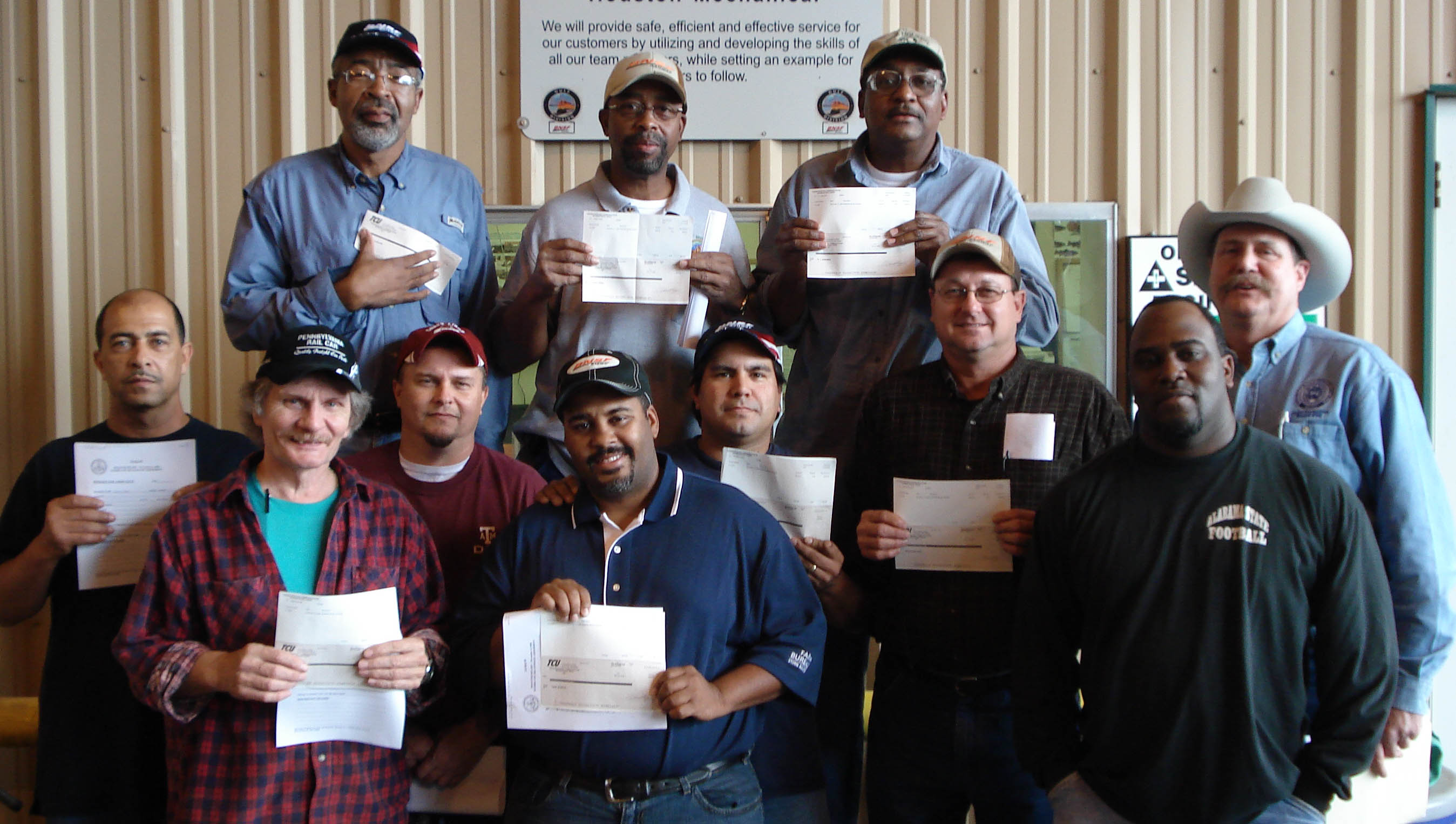 Ten members from Local Lodge 6793 of Houston, Texas received checks from the TCU Disaster Relief Fund.  International Representative Danny Lancaster presented the checks to each member.  The funds, approved by the Disaster Relief Fund Committee, were given to those in need from the recent Gulf Coast disasters.  The members expressed their thanks to Lancaster and wanted to extend personal appreciation to International President Bob Scardelletti and the Disaster Relief Committee in providing such timely and needed aid.