TCU/IAM Supervisor Honored by MBCR for his Life-Saving Efforts 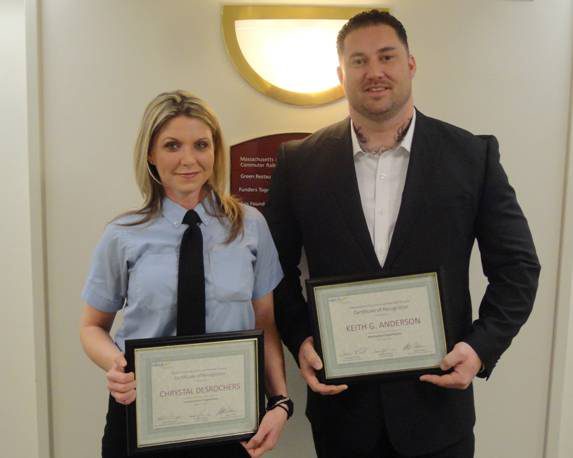 Massachusetts Bay Commuter Railroad (MBCR) recognized TCU/IAM Supervisor Keith Anderson for his quick and efficient actions that resulted in saving the life of a fellow employee.

On January 24, 2013, after receiving a phone call from an MBCR colleague, Keith noticed that there was no response from the caller.  Keith noticed the employee fall to the floor. The electrician stopped breathing because his tongue had obstructed his airway. Mr. Anderson hastily went to the employee’s assistance and observed him having a seizure.  Immediately he moved the employee’s tongue, thus opening his airway.  Mr. Anderson called 911 and he also stayed vigilant in making sure that the airway remained unobstructed until help arrived.